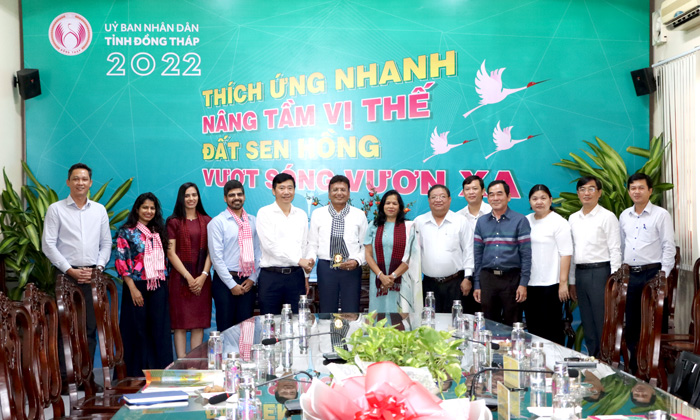 Sethia Hemraj Rice Oil Company Limited is a foreign-invested enterprise that invested in Sa Dec Industrial Zone. The company has completed the installation of the equipment system and put it into trial operation. 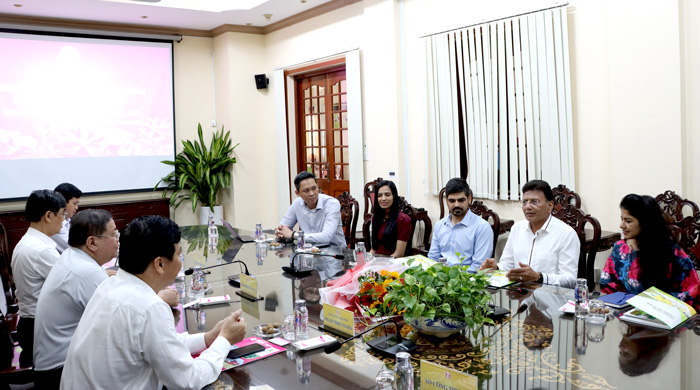 Mr. Pham Thien Nghia – Chairman of the Provincial People’s Committee expressed his pleasure to welcome Mr. Ashnit Sethia and his family to visit and more excited when the Company’s rice oil factory was put into operation and achieved some positive results.

The Chairman of the Provincial People’s Committee also introduced Mr. Praveen Kumar Bachhawat and his family members about the potentials and advantages of Dong Thap province in terms of agriculture and large pharmaceutical enterprises in the province. At the same time, they hope Mr. Praveen Kumar Bachhawat will pay attention and research investment in Dong Thap in the near future.

Mr. Praveen Kumar Bachhawat (an entrepreneur in the field of pharmaceuticals, packaging, cosmetics, etc.) shared that his family was very worried at first when his children – Surbhi Bachhawat Sethia and Ashnit Sethia moved to Dong Thap to invest in home. machines… everything is new and strange. But today, directly visiting the factory and leaders of Dong Thap province, he felt very excited and assured.

Mr. Praveen Kumar Bachhawat thanked the provincial leaders for their thoughtful welcome and said that he would introduce many friends and Indian businessmen to Dong Thap to learn more about investment here.

Mrs. Suman Praveen Bachhawat – mother of Mrs. Surbhi Bachhawat Sethia and her sister are very happy to witness their life in Dong Thap, as well as the positive activities of the Company.